As we already know, IPCC defines adaptation as â€˜adjustment in natural or human systems to a new or changing environmentâ€™.

Before we move further, it is important to understand three terms related to adaptation, namely, coping range, resilience range, and failure range. 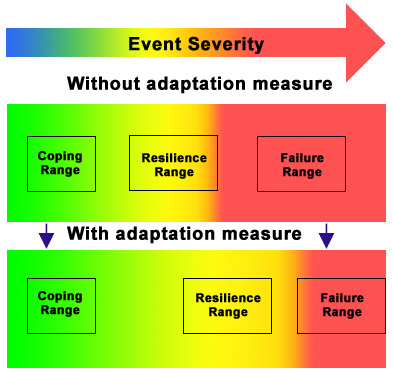 The two scenarios are as follows.